To share your memory on the wall of Bill Francis Cole, sign in using one of the following options:

Born on Jan. 22nd, 1926, he grew up in Goldsboro, NC – a child of the depression who loved the outdoors and spent his days climbing trees and exploring the woods w... Read More
Bill Francis Cole, 95, of Cherryville, NC passed away on May 4th, 2021.

Born on Jan. 22nd, 1926, he grew up in Goldsboro, NC – a child of the depression who loved the outdoors and spent his days climbing trees and exploring the woods when he wasn’t working in his father’s general store.

In 1943, at age 17, he enlisted in the U.S. Navy – becoming a part of the war effort in the Pacific Theatre aboard the Destroyer Escort, U.S.S. Darby. His memories of what he experienced there would remain with him for a lifetime.

Like many young men of that generation, his life after the war was a bit uncertain. In time he completed his high school education – then drove a truck to make a living. Always the athlete, he became a skilled boxer – fighting out of the Goldsboro YMCA and achieving a level of local notoriety when the East Carolina University team visited and competed against the Goldsboro team – sweeping all the matches except for the one Bill won.

The coach was so impressed that he invited him to come compete at ECU where he was promised some level of financial aid for his room and board.

Bill stuck with his day job – until a year later and the same intercollegiate team came to town – and again won the day except for the one loss to the same local. Another entreaty was made – and so Bill Cole became a college student.

It was in 1953 that Bill was to meet the love of his life – and only months later Betty Parker was to become his wife. Over the next 67 plus years their marriage would prove stronger than any obstacles life could offer. If ever two people were destined to be together it was Bill and Betty.

He would eventually become a schoolteacher in the Lincoln County system of western NC – where his love of nature made him the ideal spokesperson for the Earth Science lessons he taught. The stories of Mr. Cole and his field trips through the woods with his students became legendary – the classroom never limited to the confines of a school building.

That love of nature never left him – it could be said that his two favorite places in the world were the hiking trails of the Smoky Mountains and the beloved pastures near his home where he watched over the cattle he raised.

Some are made to be a part of the great outdoors – some have to be.
Bill Cole was both.

He was a loving father, grandfather, great grandfather, and husband – a compass for the many that came to know him, a role model for that many more, and to the very end … a teacher.

The trail he carved, and the footprints he leaves behind, will not fade.

Services for Bill Cole will be conducted at Bethlehem United Methodist in Cherryville, NC on Friday, May 7th with visitation at 1 to 1:45 PM and services to follow at 2 PM.

In lieu of flowers, donations can be made to Bethlehem United Methodist c/o Doris Wilson, 147 Latham Wilson Rd, Lawndale, NC 28090 or to Hospice Wendover, Shelby, NC.

To send flowers to the family or plant a tree in memory of Bill Francis Cole, please visit our Heartfelt Sympathies Store.

We encourage you to share your most beloved memories of Bill Francis Cole here, so that the family and other loved ones can always see it. You can upload cherished photographs, or share your favorite stories, and can even comment on those shared by others.

Posted May 07, 2021 at 07:34pm
Mr. Cole was always the most interesting and fascinating teacher I had during my time at West Lincoln Junior High. He instilled a love for learning, nature, and and taught in such an entertaining matter on whatever science topic he was teaching at the time. His field trips to Indian Creek were so much fun and always educational. He brought his love of science and nature to the classroom, or took his classroom to it. Rest in peace Mr. Cole. You touched many lives.
Comment Share
Share via:
RB

Missy Justus purchased the The FTD Vibrant Sympathy Planter and planted a memorial tree for the family of Bill Francis Cole. Send Flowers

Posted May 05, 2021 at 04:23pm
Mr. Cole was my 8th grade teacher when North Brook # 2 existed. He was not only a good teacher, but he was a good friend to all of his students. He took us on a field trip to Raleigh, Chapel Hill, and Duke University. He was so knowledgeable about so many things. He was like a walking encyclopedia. He once loaned me a pair of binoculars to look at the stars, and supervised me when I made a small flashlight powered planetarium among other educational experiences.
If you were blessed enough to have Mr. Cole as a teacher, you were blessed indeed. I am now 75, and he was one of the best I ever had. May God bless and encourage his dear family during this sad time. Steve Houser, a former student
Comment Share
Share via:
DP

Posted May 05, 2021 at 02:08pm
Mr. Cole was my 7th & 8th grade teacher (this was back in the early 60's) at Love Memorial. He is the one teacher that I had much respect for. He is the one that I will always remember as being fair, honest, and had more respect for his students as they did for him. He was a great man and teacher whom taught me many things that I have carried through my life. I was very sorry to hear of his passing. God Bless the family and prayers go up for all of you.
Comment Share
Share via: 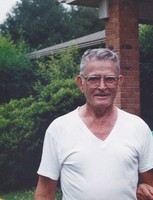