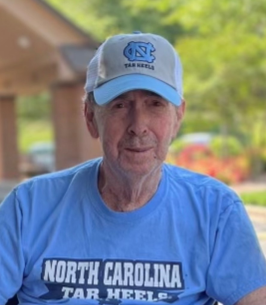 Born in Cleveland County on April 18, 1935, he was a son of the late Roy Landrum Brackett and Hettie Queen Brackett. He was retired from Hickory White Furniture Company after thirty-three years of service and was a member of Casar United Methodist Church. He also served in the US Army.

Cecil played basket ball for the Casar Comets in high school, and he was recognized as an All County Basket Ball Player. He also loved watching his UNC Tarheels and working with his Farmall Tractors.

In addition to his parents, he was preceded in death by his wife of fifty-six years, Ruth Carolyn White Brackett.

The family would like to thank the Dermatology Center of Shelby, Phil Talbert, PA, Levine Cancer Center and Dr. Richard Cambareri, MD, for their care of Mr. Brackett during his cancer battle. They would also like to recognize the devotion of the staff at Cleveland Pines Nursing Center who took him in and made him their PawPaw as well.

A private graveside service will be held at Casar United Methodist Church Cemetery with the Rev. Bill Lovelace officiating.