To share your memory on the wall of Charles Duval, sign in using one of the following options:

Print
Charles Raymond Duval passed away on Sunday, May 16, 2021 at Brookdale of Colonial Heights, Kingsport, Tennessee.

Charles was born on September 20, 1921 in Woonsocket, RI to the late Arthur Henri and Aldea (Joly) Duval, as one of three s... Read More
Charles Raymond Duval passed away on Sunday, May 16, 2021 at Brookdale of Colonial Heights, Kingsport, Tennessee.

Charles was born on September 20, 1921 in Woonsocket, RI to the late Arthur Henri and Aldea (Joly) Duval, as one of three siblings. Growing up in New Bedford, MA, he graduated from high school at the young age of 16 and immediately entered the Civilian Conservation Corps, 1937-1941. During World War II, he enlisted in the U.S. Army Air Corps/U.S. Air Force, as part of the 9th Air Force and 391st Bomber Group. He served in England, France, and Belgium, attained the rank of 2nd Lieutenant, and was discharged in 1948. He married Blanche Alice Baxter on April 26, 1946 and they had two sons. He and Blanche were married for 54 years until her death in 2005.

After his military service, Charles attended the University of North Carolina at Chapel Hill, where he was inducted into the Phi Beta Kappa honor society and was the number two player on the varsity tennis team. He graduated in 1951 with a Bachelor of Science in Business Administration. After he passed the board examination, he became a Certified Public Accountant in 1954.

He was employed as an accountant and corporate financial officer for several companies until he opened his own practice in 1983. He sold his business in 1995 but continued to work as a CPA until 2015. He moved to Brookdale of Colonial Heights in 2016 to be closer to family.

For over fifty years Charles was a member of Aldersgate United Methodist Church in Shelby, NC. He enjoyed serving with the men’s ministry, especially helping with the monthly men’s breakfasts, and taught the adult men’s Sunday School class for many years.

He was active in the UNC-CH Alumni Association, where he met Miriam McFadden. He enjoyed traveling with her, as well as with his fellow alumni, especially other letter athletes. Charles belonged to the Shelby Lions Club since 1986 and received the Jack Stickley Fellowship in 2009 and the Melvin Jones Fellowship in 2010 (the Lions’ highest honor). He was a member of the Cleveland County Country Club, where he served as past treasurer and president, and made several lifelong golf buddies. He was also a supporter of the Cleveland County (NC) Hospice.

While waiting for discharge from his military service in Greensboro, NC, Charles spent time at the Springfield Country Club and learned to play golf, which became a lifelong passion. He made two holes in one when he was in his 80’s. For many decades he attended the Master’s Golf Tournament in Augusta, GA, where he made lots of pleasant memories with his family and friends.

For Charles, family was one of life’s greatest gifts. He took great pride in his two sons and their spouses, his grandchildren, and great grandchildren. In return, he was greatly loved and respected by all of them.

Besides his wife and parents, he was predeceased by his elder son, Maurice Charles Duval, brother Paul A. Duval, and sister Pauline B. Meade.

The family would like to express their gratitude to the staff and administration of Brookdale at Colonial Heights, Kingsport, TN for the loving care given to Charles.

Visitation will be at Aldersgate United Methodist Church in Shelby, NC from 1:00 PM to 2:00 PM on Thursday, to be followed by the funeral at 2:00 PM, with internment immediately following at Rose Hill Memorial Park in Fallston, NC.
In lieu of flowers, memorials may be given to the Shelby Lions Club, PO Box 1082, Shelby, NC 28151, Hospice of Cleveland County, 951 Wendover Heights Drive, or Aldersgate United Methodist Church, 1207 W Dixon Blvd, Shelby, NC 28152.

To send flowers to the family or plant a tree in memory of Charles Raymond Duval, please visit our Heartfelt Sympathies Store.

Receive notifications about information and event scheduling for Charles

We encourage you to share your most beloved memories of Charles here, so that the family and other loved ones can always see it. You can upload cherished photographs, or share your favorite stories, and can even comment on those shared by others.

Everyone at The Cargo Hold sent flowers to the family of Charles Raymond Duval.
Show you care by sending flowers

Everyone at The Cargo Hold

Posted May 18, 2021 at 10:23am
Mark & Family, With caring thoughts we send you love and strength during this difficult time. So sorry for the loss of Charles. Love,

Everyone at The Cargo Hold purchased flowers for the family of Charles Duval. Send Flowers

Posted May 17, 2021 at 10:55pm
Barbara, Mark & Kathy,
We offer our heartfelt sympathy at your loss of Charles Duval. We rejoice that he is w/his beloved Saviour.
We are praying much for youse in this season of sadness.
With sympathy and prayers, James & Michele Beals
Comment Share
Share via:
BS

Posted May 17, 2021 at 10:01pm
Mark and Family,
Mr. Duval was one of our favorite people over the years. He was a fine man. Our thoughts and prayers, in Christ, are with the entire family during this time.
Sincerely,
Bee and Martha Strain
Comment Share
Share via: 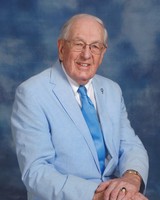