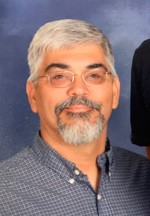 Born in Cleveland County, on July 9, 1963, he was the son of Phyllis Richards Brackett of Lawndale and the late Donald Ward Brackett. He was employed with ABB Automations. Mark was an active member of the Lawndale Boy Scout Troop 112, Lawndale Baptist Church, where he worked with the youth and the Lawndale Masonic Lodge #486.

In addition to his father, he is preceded in death by his grandparents, Lawrence and Helen Brackett and Fred and Edith Richards.

In addition to his mother, he is survived by his wife of twenty-five years, Billie Arndt Brackett; son Corey Brackett of Lawndale; sister, Donna Boggs and husband Dan, Sr of Polkville; nephew, Dan Boggs, Jr and fiancée Jackie Bay of Wilmington and numerous other loving extended family members.

A private memorial service will be held at Lawndale Baptist Church with the Rev. Jim Kilby officiating.