To share your memory on the wall of Doug Thompson, sign in using one of the following options:

Mr. Fred Douglas "Doug" Thompson, 65 of Lawndale, passed away on Tuesday, October 6, 2020 at CMC-Main in Charlotte.

Mr. Fred Douglas "Doug" Thompson, 65 of Lawndale, passed away on Tuesday, October 6, 2020 at CMC-Main in Charlotte.

Born in Cleveland County, NC on August 5, 1955 a son of Fred Thompson and Dorothy Oaks Thompson. Doug was self employed as a flooring contractor and was of the Baptist faith. He served in the U.S. Army.

He was preceded in death by a brother Willie Thompson.

A graveside service will be held on Friday, October 9, 2020 at 2:00PM at Bess Chapel United Methodist Church Cemetery with Pastor Alex Clark officiating.

To send flowers to the family or plant a tree in memory of Doug Thompson, please visit our Heartfelt Sympathies Store.

Receive notifications about information and event scheduling for Doug Thompson

We encourage you to share your most beloved memories of Doug Thompson here, so that the family and other loved ones can always see it. You can upload cherished photographs, or share your favorite stories, and can even comment on those shared by others.

Love, Your NFP -Planet Fitness Family sent flowers to the family of Doug Thompson.
Show you care by sending flowers

Flowers were purchased for the family of Doug Thompson. Send Flowers

Posted Oct 08, 2020 at 12:50pm
So sorry to all the family for the loss of your son father brother and loved one. Ole Doug was a character and that’s how I’ll remember him. I’ll never forget you Doug fly high and give ole Willie a hug. Rest in the arms of Jesus. Love you all.
Comment Share
Share via:
M

Posted Oct 08, 2020 at 08:11am
He will surely be missed by family, and all his friend may be god be with him and his family Son U will be missed by All who knew you
Comment Share
Share via:
MC

Posted Oct 07, 2020 at 04:09pm
DOUG U WILL BE GREATLY MISSED BY MANY FLY HIGH IN HEAVEN WITH JESUS AND WITH WILLIE RIP LOVE YA CUZ
Comment Share
Share via: 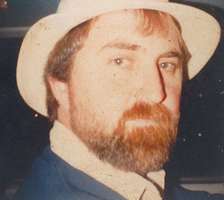