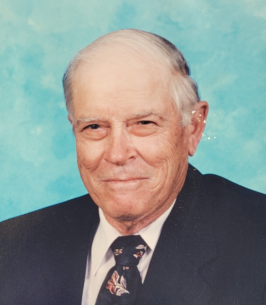 Born in Cleveland County on September 6, 1925, he was a son of the late Gettys David Bingham and Mary Lillie Sain Bingham. He was a retired carpenter and farmer and was a member of Friendship United Methodist Church. Mr. Bingham served in various ways at the church including former Sunday School Superintendent, Administrative Council, and Trustee. With his background in construction he was also available to help with any project at the church and was on building teams to Puerto Rico, Dominican Republic and Alaska. He was a founding member of the Fallston Lions Club where he served as the secretary and treasurer. Mr. Bingham served in the US Army.

The family would like to thank all the angels at Peak Resources of Cherryville for all the love and care they provided to Mr. Bingham and to them.

The family will receive friends on Sunday from 2:30 PM to 3:30 PM at Friendship United Methodist Church.

The funeral service will be held on Sunday at 3:30 PM at Friendship United Methodist Church with the Rev. Karen Doucette officiating.

The burial will follow the service at Rose Hill Memorial Park.

Memorials may be made to Friendship United Methodist Church, PO Box 219, Fallston, NC 28042.