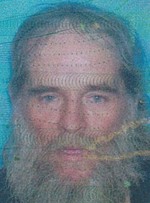 Lawndale - Mr. Kenneth Lee Tallent, 55, of Warlick Road, passed away on Thursday, February 11, 2021 at his residence.

Born in Catawba County, NC a son of Barbara Williams Tallent of Morganton and the late James Lee Tallent. He was a self employed carpenter.

In addition to his father, He was preceded in death by brothers, Timothy Wayne Tallent and James Tallent Jr.

Survivors include his mother, Barbara Williams Tallent of Morganton and a brother James Edward Tallent of Vermont, three nieces and five nephews.

Services will be held at a later date.