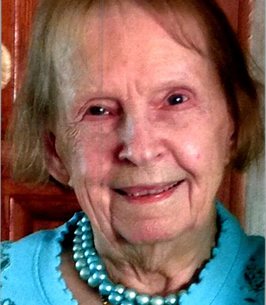 Born in Burke County on April 23, 1925, she was a daughter of the late Dorse Lee Lowman and Maude Ann Cloninger Lowman. Mrs. Speagle was the co-owner of Noah's Ark Daycare, Countryway Florist and the Fishnet Seafood Restaurant.

She was the oldest member of Ebenezer United Methodist Church with over 80 years of service. She was awarded in 2000 the Laity Service Award, in recognition of the vital need for lay ministry in the church and in appreciation of her willingness to accept the call to serve the people of God at Ebenezer United Methodist Church through her work as church school teacher, choir member, church historian, and faithful member according to the gifts and graces given her.

Mrs. Lowman was given the Award of Special Recognition by the North Carolina Society of Historians, Inc in 1994 in the category of Family History Book Award for "The Lowman Story Of Faith, Hope, Hard Work, & Dreams ", which she wrote along with her sisters, Margaret and Ruby, and for her work in preserving North Carolina history.

In addition to her parents, she was preceded in death by her husband, Walter Noah Speagle, one son, Richard Speagle and wife Justina; one son-in-law, C.W. Willis; three brothers, Paul, Grady and Clinton Lowman; and two sisters, Margaret Smith and Ruby Young.

The funeral service will be held on Sunday, February 6, 2022, at 3:00pm at Ebenezer United Methodist Church with the Rev. Allen Boliek officiating.

A private burial will follow the service in the Speagle Family Cemetery.

Memorials may be made to Ebenezer United Methodist Church, 8840 Cooksville Rd., Vale, NC 28168.