To share your memory on the wall of Paul Eaker, sign in using one of the following options:

Born in Cleveland County, NC on May 26, 1937 , he was the son of the late Lee Summerow "Summie" Eaker an... Read More
Paul Mitchell Eaker, 83, of Oak Grove Clover Hill Church Road, Lawndale, passed away on Wednesday, July 29, 2020 at his residence.

Born in Cleveland County, NC on May 26, 1937 , he was the son of the late Lee Summerow "Summie" Eaker and Mary Priscilla Digh Eaker. He retired from Duke Power and was a member of Kistler's United Methodist Church. Paul was an avid Duke Blue Devil Fan and a devoted Burns Bulldog Football Fan who rarely missed a game since 1974. He was a die hard Democrat. Paul faithfully would visit his friends and anyone that was in a nursing facility and loved spending time with his family and friends at his second home on Lake Norman.

In addition to his parents, he was preceded in death by a son, Mark Eaker; four brothers, Ray, Norman, Jessie and Jim Eaker and two sisters, Mildred Yeck and Vivian Champion.

Survivors include his wife of 61 years, Shirley Heafner Eaker; a son, David Eaker of Lawndale; two daughters, Paula E. Cline and husband, Eric of Statesville and Lisa E. Lemons of Taylorsville; a sister, Betty Putnam of Hendersonville; four grandchildren, Samantha Lemons, Stephen Eaker, Lee Cline and Avery Cline and one great-granddaughter, Cheyanna Eaker. The family would like to give a special thanks to Dayne Costner who was like a son.

A Funeral Service will be held on Saturday, August 1, 2020 at 11:00 am at Stamey-Tysinger Funeral Home Chapel with the Rev. Keith Sherrill and Mr. Tim Champion officiating.

A private burial will follow in Rose Hill Memorial Park.

To send flowers to the family or plant a tree in memory of Paul Mitchell Eaker, please visit our Heartfelt Sympathies Store.

Receive notifications about information and event scheduling for Paul

We encourage you to share your most beloved memories of Paul here, so that the family and other loved ones can always see it. You can upload cherished photographs, or share your favorite stories, and can even comment on those shared by others.

Jim & amy Miles, Leah, Natasha, Ashli, Holly, Kayla and Alicia, and other have sent flowers to the family of Paul Mitchell Eaker.
Show you care by sending flowers

Posted Aug 02, 2020 at 08:23am
Let’s just say Paul was an exceptional talker. From our first meeting at the Post Office in Polkville some years ago, when I introduced myself to Paul; I do believe we talked for more than thirty minutes. What a perfect gentleman in so many respects. Not a time did we pass without recognizing one another. As for football, Paul & Shirley never missed a Burns High school game as long as I’ve been going and that’s some twenty years or more. I can only tell you Shirley, my thoughts and memories of your loved one are felt deeply; and as we move on in our lives, we’ll be together again on the much bigger field in HEAVEN. Love ya girl and I’m here if there’s anything I can help you out with. God Speed Pete🇺🇸⚓️🙏⛪️🏈⛪️🙏⚓️🇺🇸

Posted Jul 31, 2020 at 04:14pm
We are so sorry to learn of Paul's passing and are thinking of you. He was so good to visit Owen at
the nursing home and meant so much to Owen. We grew up and went to Piedmont with Paul
and always thought a lot of him. He was a good man and true friend. We are sorry we did not
know he was ill. With sympathy,
Joy Grigg Hakan and Harrill Cloninger
Comment Share
Share via:
DD

Our deepest sympathy with your loss of Paul. He was really a good man. We visited some of the same people that he did in nursing homes and he was a blessing to them. We always enjoyed talking to both of you at the Piedmont reunions. He is going to be missed by everyone that knew him. All of you will be in our prayers. God bless you and keep his loving arms around you and give you strength everyday.

Posted Jul 31, 2020 at 11:33am
Paula and family please accept our most heartfelt sympathies for your loss... Our thoughts are with you and your family during this difficult time. 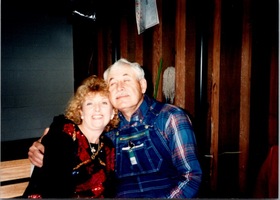 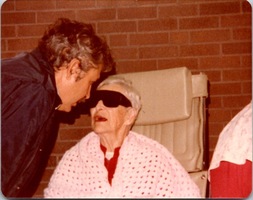