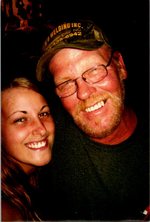 Timothy David Hoppes, 57,of Shelby , passed away on Wednesday, October 14, 2020 at his residence.

Born in Cleveland County, on February 26, 1963 , he was the son of Barbara Champion Hoppes of Shelby and the late Nelson David Hoppes. He was a member of Union Baptist Church and was retired from Morris Scrap Metal.

A memorial service will be held at a later date with the Rev. Michael Shumate and Rev. Allen Davis, officiating.

In lieu of flowers, memorials may be made to Stamey-Tysinger Funeral Home & Cremation Center, PO Box 639, Fallston, NC 28042 to help with funeral expenses..