To share your memory on the wall of Forest McNeilly, sign in using one of the following options:

Print
Forest Edward McNeilly, 82, of Deviney Street, Casar, passed away on Wednesday, August 26, 2020 at Hospice at Wendover in Shelby.

Born in Cleveland County, NC on October 23, 1937, he was the son of the late William "Bill" Andrew McNeil... Read More
Forest Edward McNeilly, 82, of Deviney Street, Casar, passed away on Wednesday, August 26, 2020 at Hospice at Wendover in Shelby.

Born in Cleveland County, NC on October 23, 1937, he was the son of the late William "Bill" Andrew McNeilly and Maudie Victoria Earwood McNeilly. He was retired from Yellow Freight and was a member of Casar United Methodist Church. Mr. McNeilly was a former Junior Deputy Leader for Cleveland County and enjoyed flying as a hobby. He served in the US Navy.

In addition to his parents, he was preceded in death by his wife of 59 years, Ruth Painter McNeilly; two brothers, Andrew McNeilly and Stan McNeilly and four sisters, Dora Tallent, Flora Lowery, Maudie Mazell Lail and Lois Wright.

A Graveside Service will be held on Saturday, August 29, 2020 at 10:30 AM at Casar United Methodist Church Cemetery with the Rev. Jackie Price and Rev. Bill Lovelace officiating.

Due to COVID-19 restrictions mask and social distancing will be required.

To send flowers to the family or plant a tree in memory of Forest Edward McNeilly, please visit our Heartfelt Sympathies Store.

Receive notifications about information and event scheduling for Forest

We encourage you to share your most beloved memories of Forest here, so that the family and other loved ones can always see it. You can upload cherished photographs, or share your favorite stories, and can even comment on those shared by others.

Posted Aug 31, 2020 at 05:42pm
Martha, Ruth, Steve and Ricky . I just heard about your dad. I am so sorry for your lose. I spend a lot of time at the home in high school as I was good friends with Martha. . I think about you guys a lot . Ruth , I keep saying I am going to stop by some day and see you. Life is too short.

Posted Aug 27, 2020 at 02:35pm
Well Heaven has gained another Angel.That makes two Angels from our family within 17 days.We will miss you both but I know y’all are rejoicing.Love and prayers for the family
Comment Share
Share via:
G

Posted Aug 27, 2020 at 02:30pm
We always enjoyed our July 4th camping at your house .We all had a blast.Sometimes we would have up to 25 people.We always love to go to the Mcneilly home.Christmas was a very special time for us all boy we all are going to miss our special time.Love and prayers to the whole family❤️❤️❤️🙏🙏💕💕💕🙏
Comment Share
Share via: 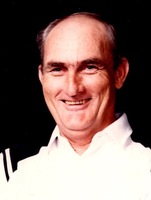