To share your memory on the wall of Bill Dover, sign in using one of the following options:

Bill began delivering papers for the Shelby Star at age 5 and continued until graduating from Shelby High in 1958 where he was Student Body President and received many honors. Graduated from UNC Chapel Hill in 1962 with a degree in Journalism. He went back to the Shelby Star as a reporter, served in the US Army from 1963 to 1965 at Walter Reed Army Medical Center in Washington, DC where he served on the Post newspaper. He met his wife, Judy while stationed there.

After Army discharge in 1965 he went back to the Shelby Star as a reporter and later as managing Editor, leaving the Shelby Star in 1982 to start his own business, Dover Imprints and retired in 2018.

He was a UNC Tar Heel Football and basketball fan. Bill loved reading especially studying God's word and engaged politics. He loved kidding around with people and many of them called him a "Sweet Man." Bill was a member of Elizabeth Baptist Church.

He was preceded in death by his parents and sister, Jean Elliott and her husband, Larry who were Southern Baptist Missionaries and killed in Iraq in 2004.

Survived by his wife, Judy and they were married 56 years. Also a brother, Jimmy Dover of Matthews; sisters, Nanci (Buford) Ellis of Shelby, Carol (Jerry) Ledford of Shelby, Joyce (Ron) Whitten of Knoxville, TN and Mary (Ronnie) Wilson of Kings Mountain and numerous nieces and nephews.

A Funeral Service will be held on Thursday, March 25, 2021 at 2:00 pm at Elizabeth Baptist Church with the Dr. Rit Varriale officiating.

The burial will follow the service in the Elizabeth Baptist Church Cemetery.

Memorials may be made to Handyman Ministry of Elizabeth Baptist Church, 301 N. Post Road, Shelby NC 28152.

To send flowers to the family or plant a tree in memory of Bill Dover, please visit our Heartfelt Sympathies Store.

Receive notifications about information and event scheduling for Bill Dover

We encourage you to share your most beloved memories of Bill Dover here, so that the family and other loved ones can always see it. You can upload cherished photographs, or share your favorite stories, and can even comment on those shared by others.

Posted Mar 30, 2021 at 11:21am
I'm so sorry for your loss. Loved seeing Bill's smile and interacting at the Y. Carol Schenck
Comment Share
Share via:
SC

Posted Mar 26, 2021 at 09:46pm
I was saddened for the family to read of Bill’s passing. He was such a fun, interesting guy. The nights I spent with Mary were always brightened by Bill. Judy, please know I will pray for you. Love to Mary, Nancy, Joyce and Carolyn.
Comment Share
Share via:
MP

Posted Mar 24, 2021 at 03:27pm
Saddened to read of Bill’s passing. Wasn’t aware he was ill. Please convey our condolences to his wife, Judy; as well as Bill’s sisters, Nanci, Carol, Joyce, Mary and brother, Jimmy.
Sincerely and with love,
Mary Gantt and Ernie Pratt
Comment Share
Share via:
ES

Posted Mar 23, 2021 at 07:48pm
So sorry to hear about this. I worked with Bill at the Star in the early 1970s. We were part of a regular foursome on Saturdays. We’d get off work at noon on Saturdays and head to River Bend. We were both UNC graduates and loved the Tar Heels. Great guy and great co-worker. My condolences to his wife Judy and his family.
Comment Share
Share via:

MS. Judy, So sorry to hear of the passing of your husband. Thoughts and prayers go out to you and your family in the days and weeks to come. 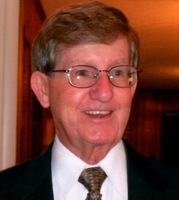